Institutions for Girls in the US 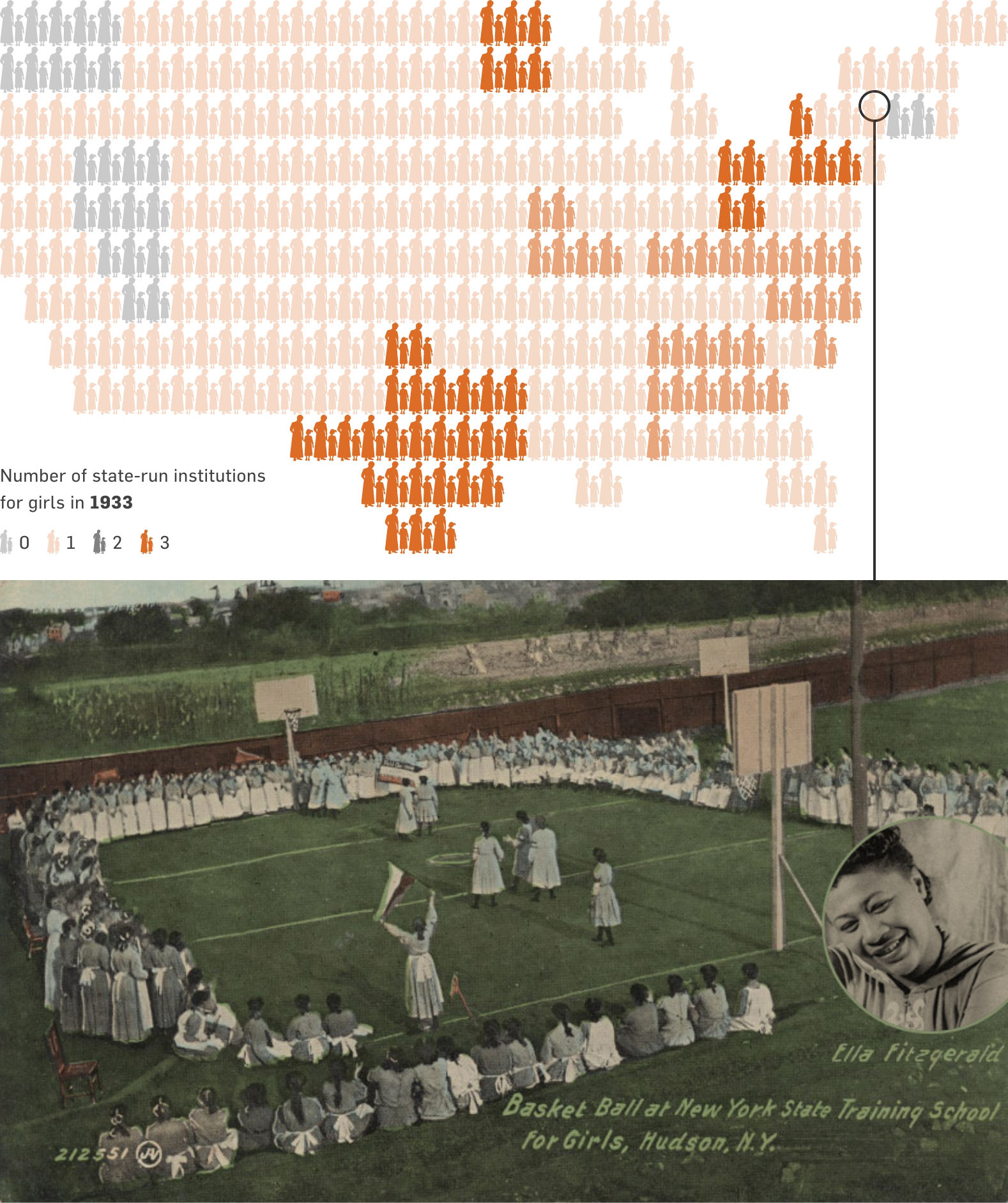 1933
In 1904, when the New York House of Refuge for Women in Hudson, NY closed, the New York State Training School for Girls took its place to establish a separate place of confinement for “incorrigible” girls between the ages of 12 and 16 who had previously been housed with boys on Randall’s Island in New York City or at the State Industrial School in Rochester. At one point the Hudson Training School held as many as 500 girls but the population declined significantly as it neared closure in 1975. Ella Fitzgerald, world famous jazz singer, spent almost a year at the reformatory. According to the logbook she arrived in April, 1933. She was 15 years old.

Source*: Osborne Society 1933 report
Juvenile delinquents received from courts by sex, color, or race, and age, with numbers present at end of year, by institutions: 1933